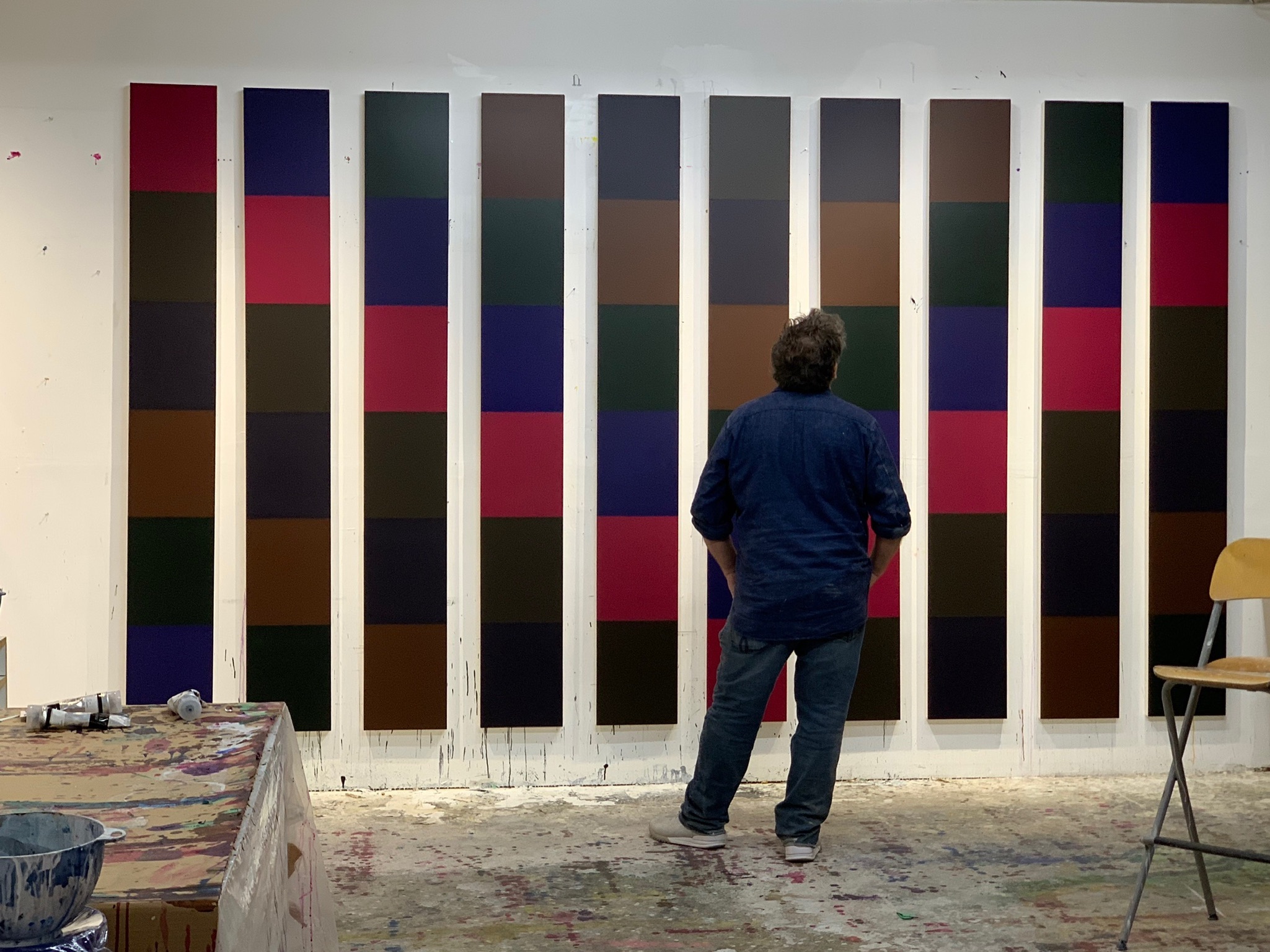 “A relationship to music is also present in the Ladder paintings. There is resonance through repetition in paintings such as “Quake”. With subtle colour references to traditional depictions of the land, it is the minor interruption and then return to patterns that give the paintings a musical feeling. Batty sees the language and syntax of these paintings as akin to those of the Tone Poems”.

This newest series of works, mark a moment where the paintings can be seen as a type of visual code, sending a message to the viewer. The collaged painting on paper entitled “Everything at Once” hints at a state of being, one where we are either crowded in our thoughts or information received, where as “One Thing at a Time” reads as a place of rest for the eye and mind. This ten-part artwork is a visual breakdown of its predecessor the three towers of colour resonating through repetition.This ongoing series of work has taken form in multiple canvas compositions in acrylic paint as well as hand painted collaged constructions in both gouache and acrylic paint.

The Ladder series utilize the wall as a location for the artists continued exploration with sculptural and painterly concerns.

All works are originals. 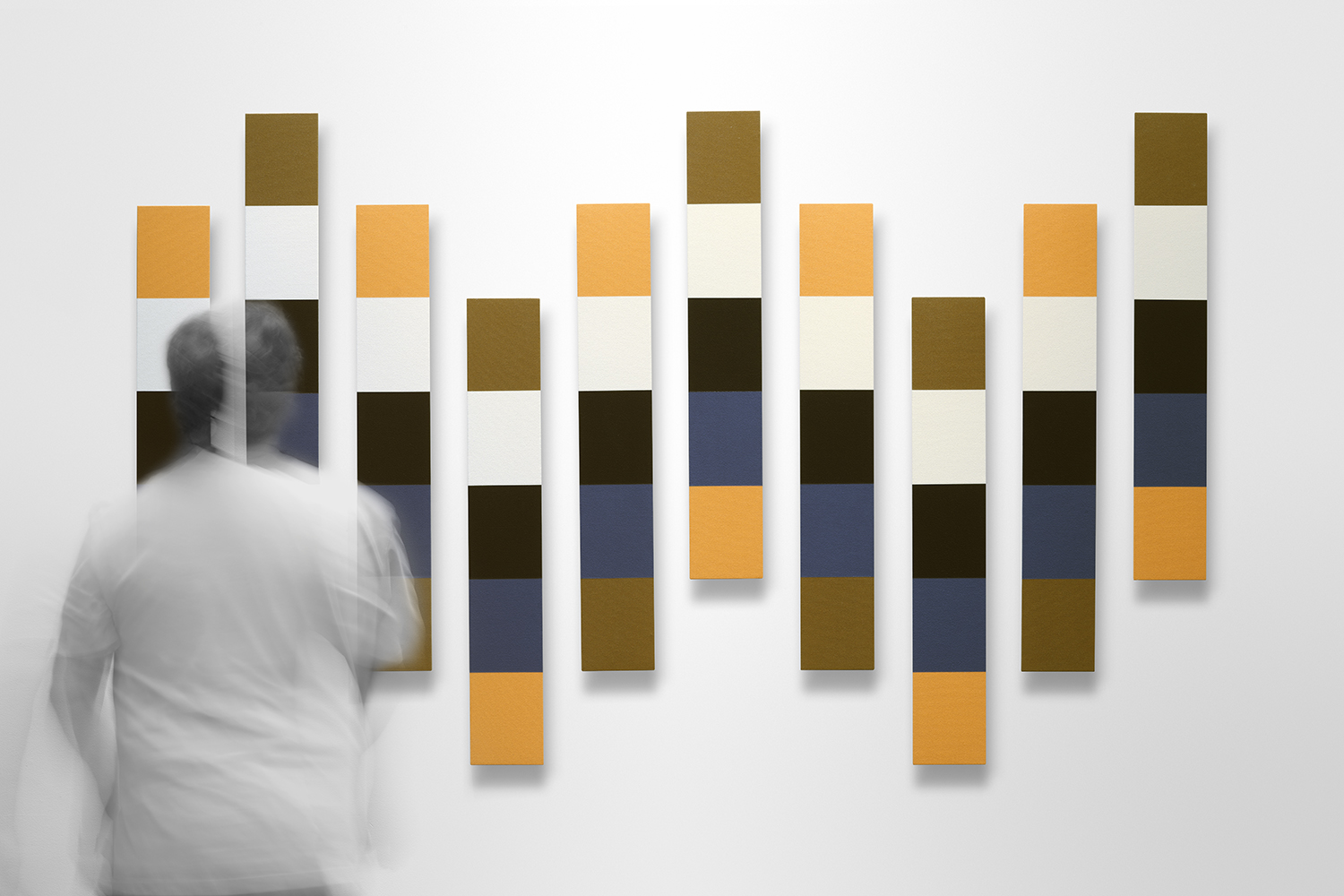 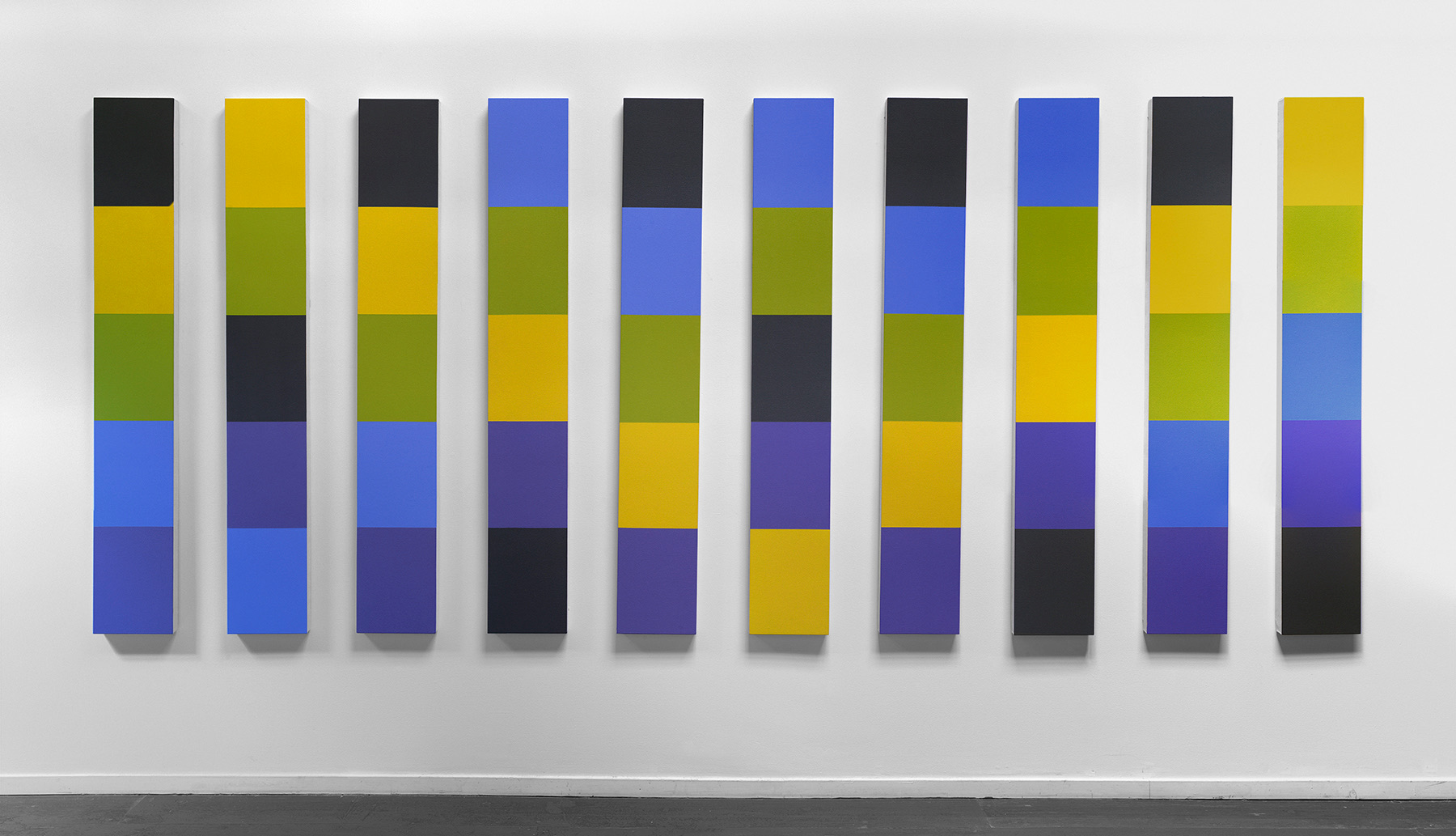 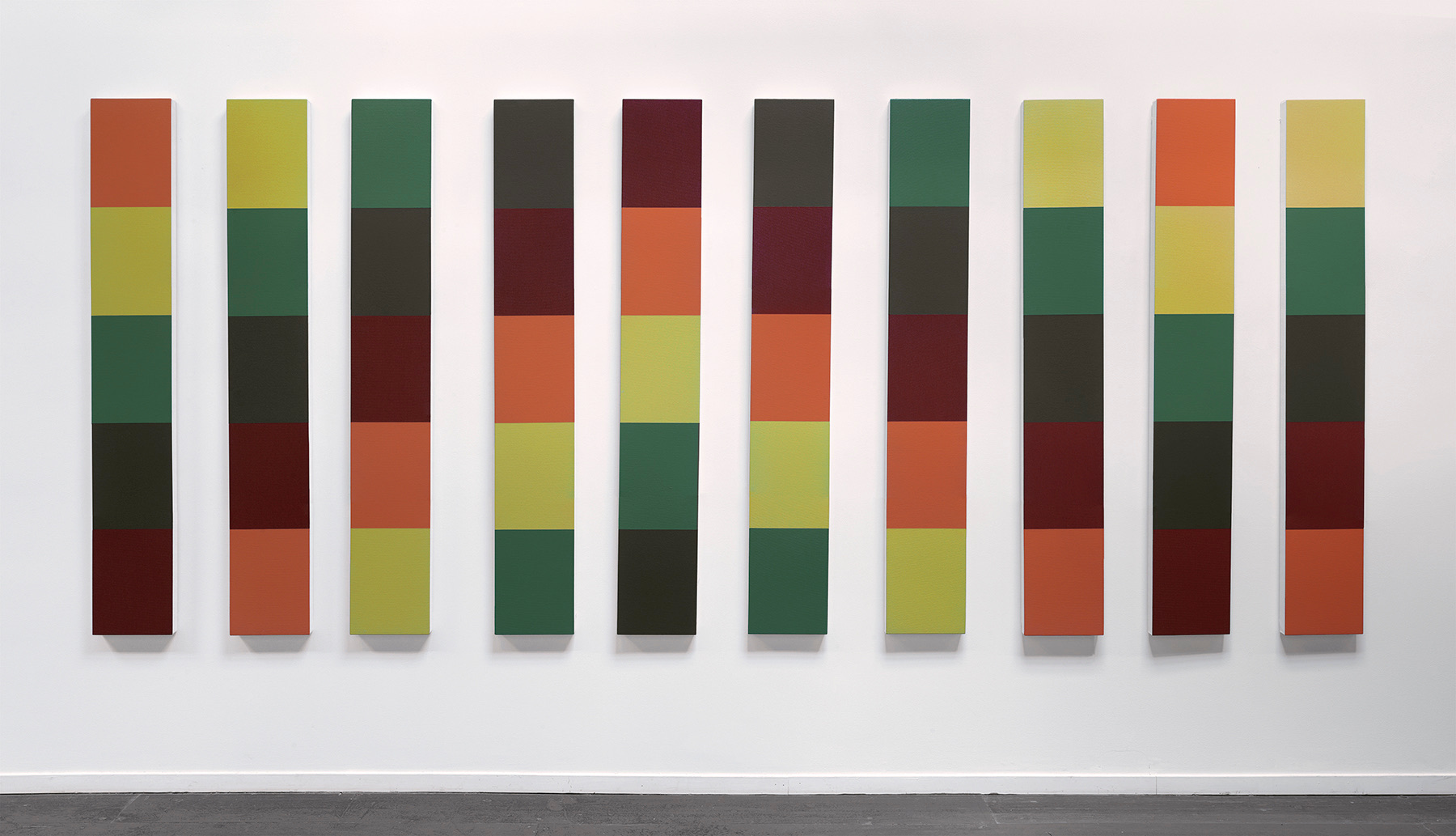 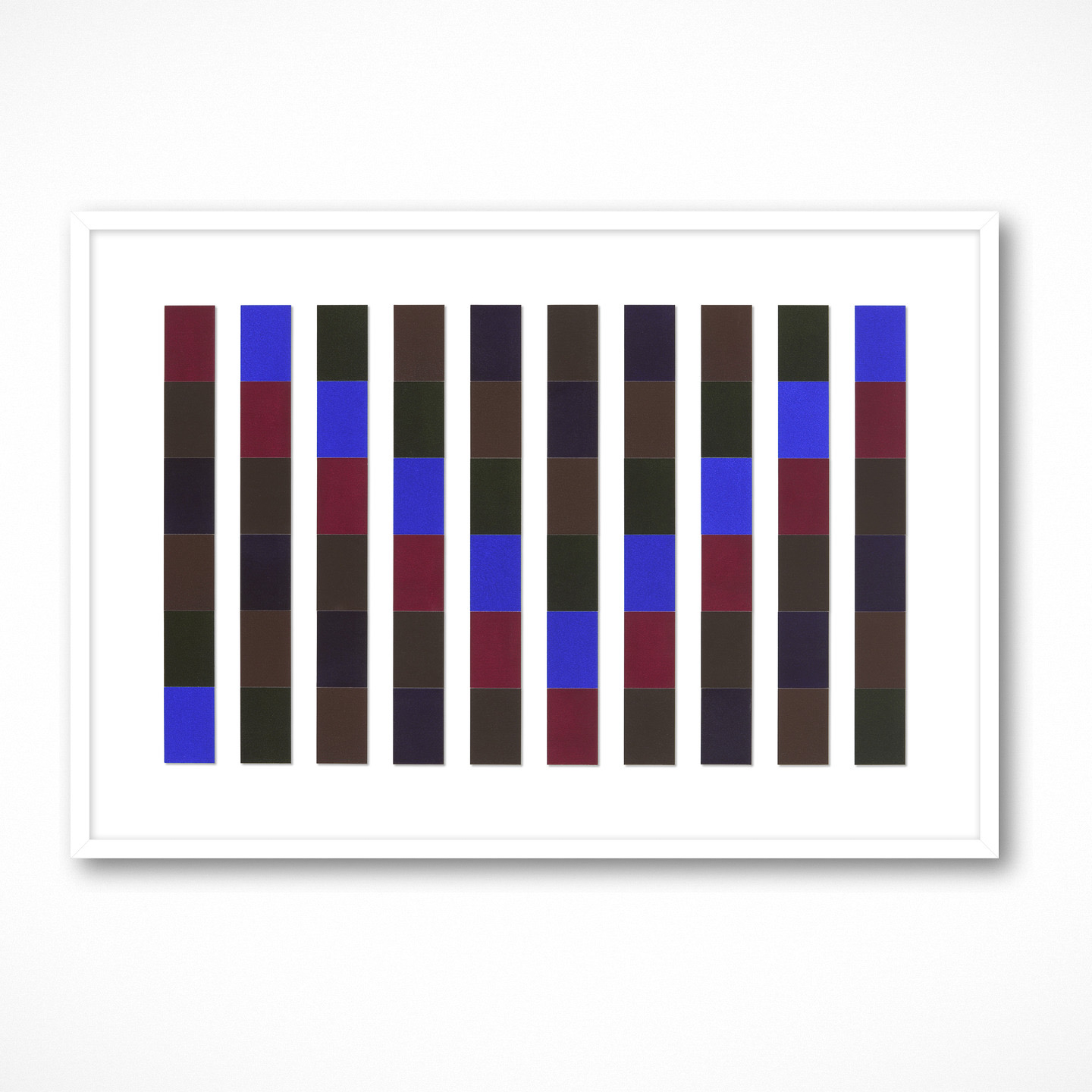 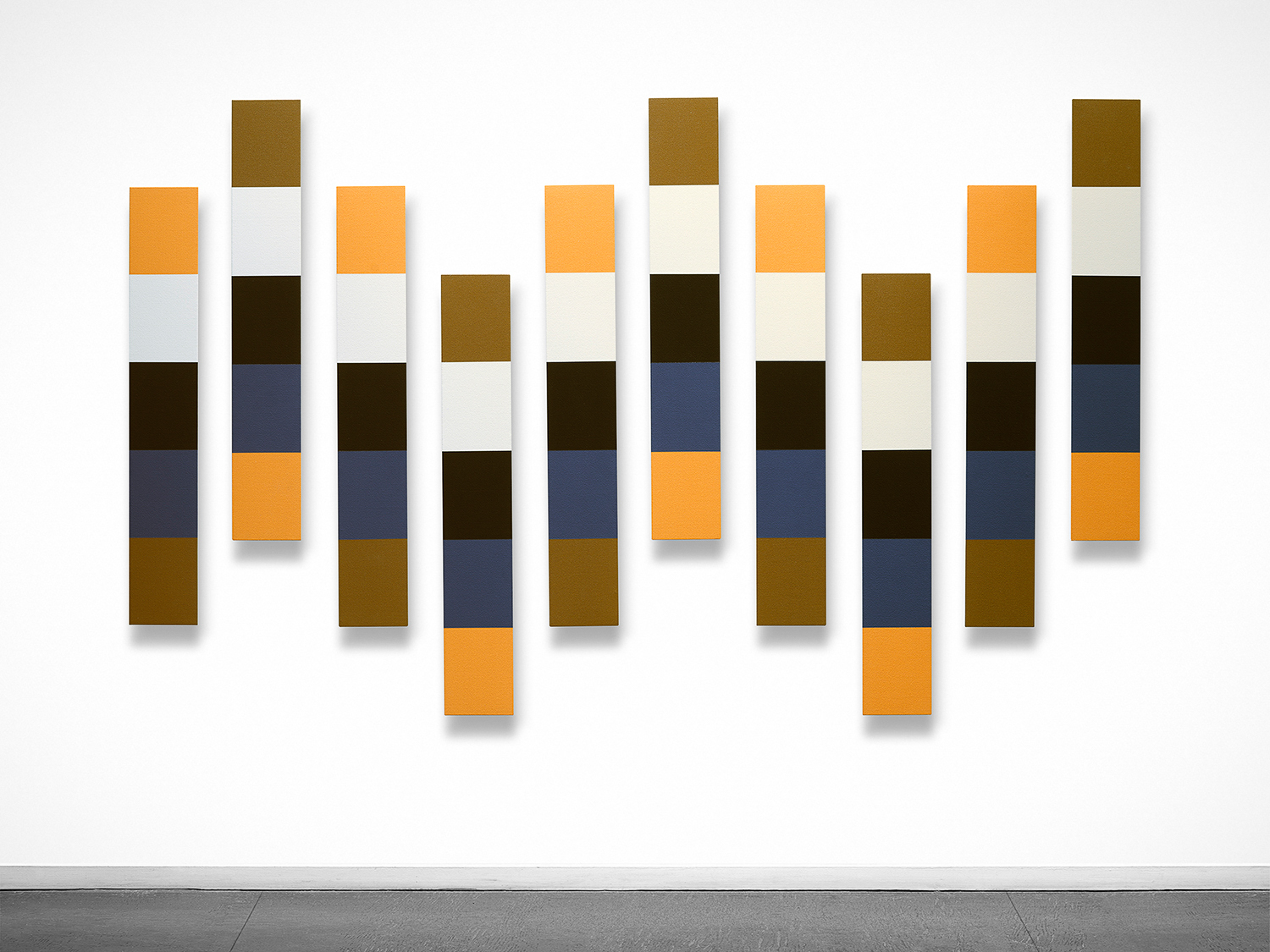 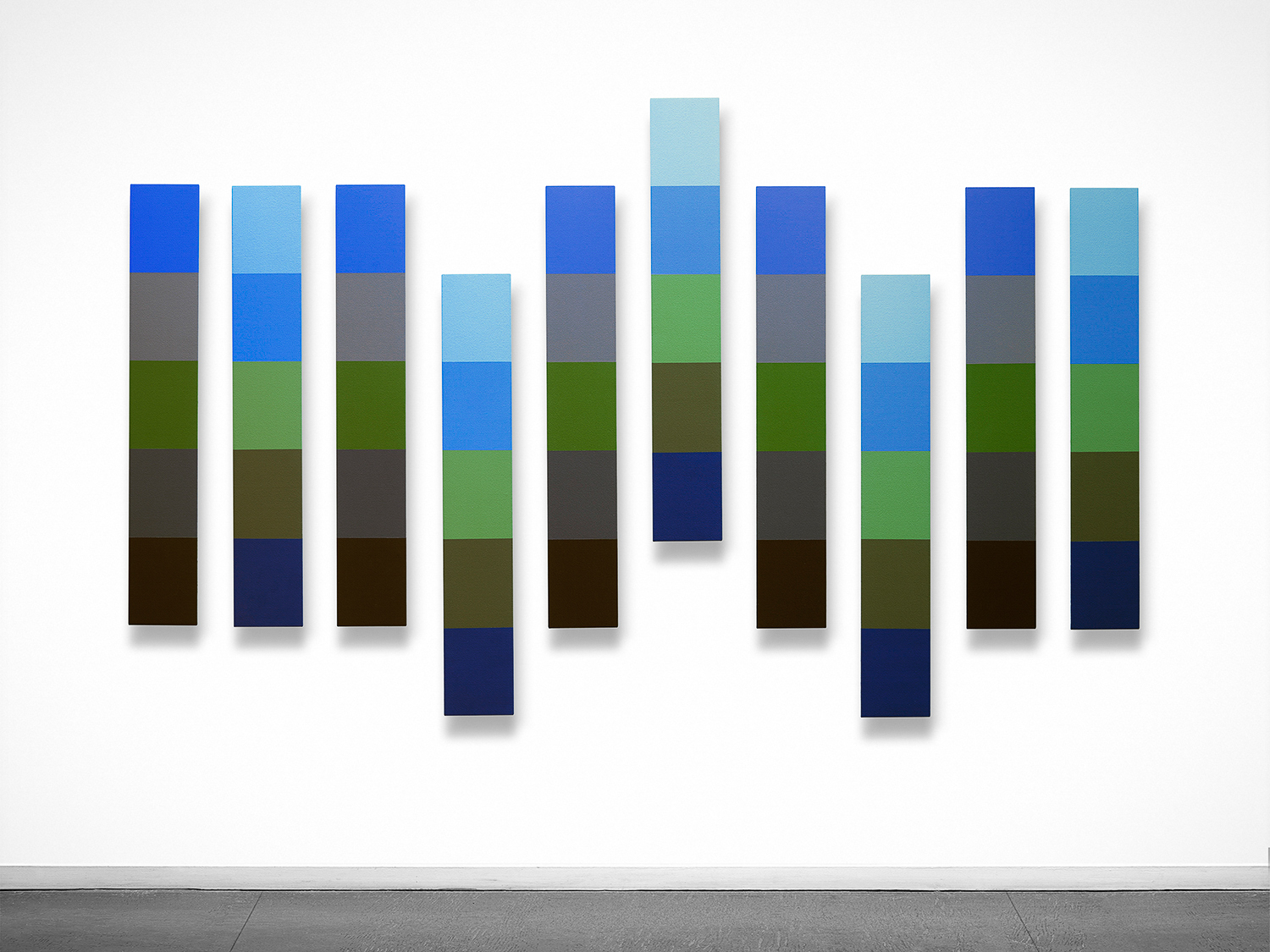 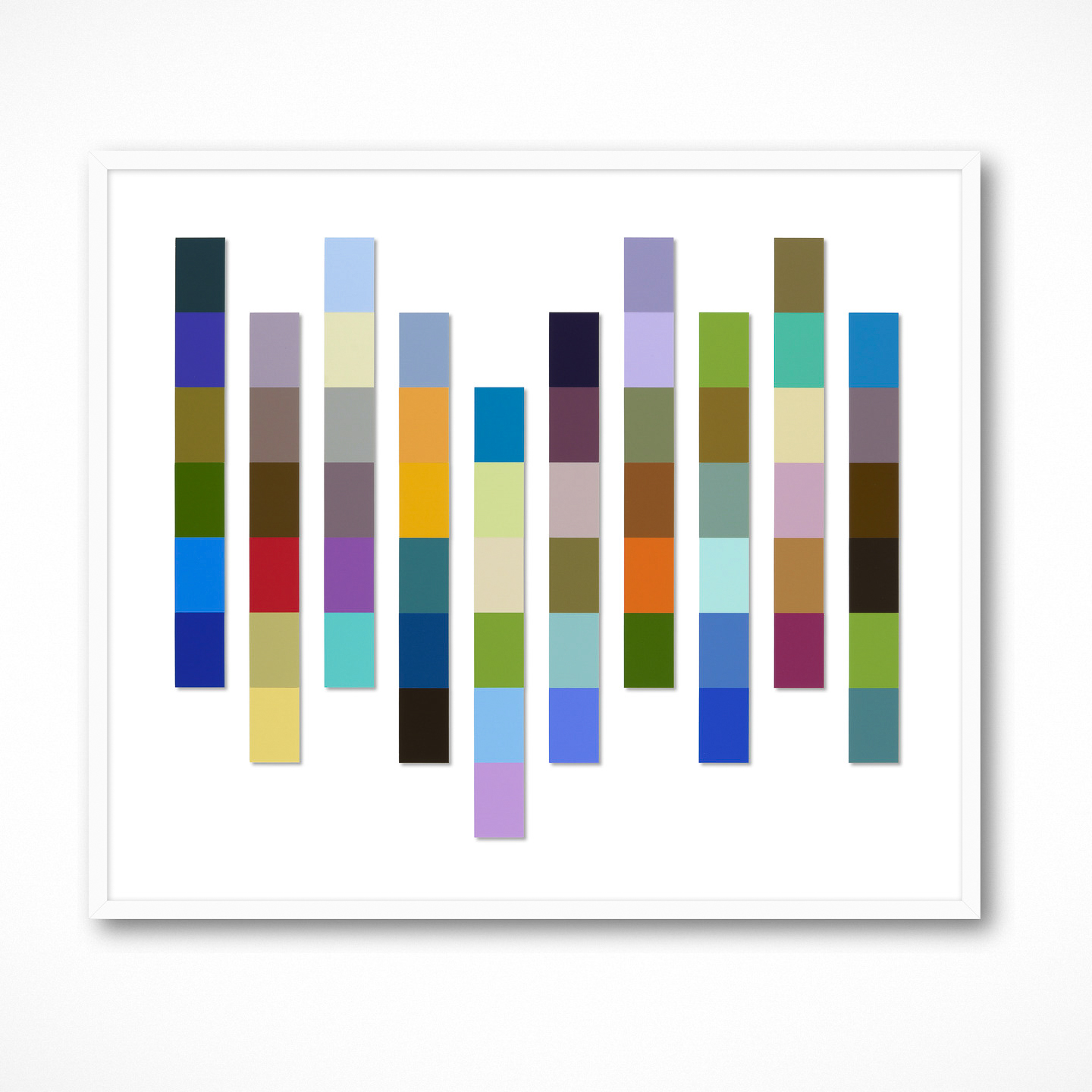 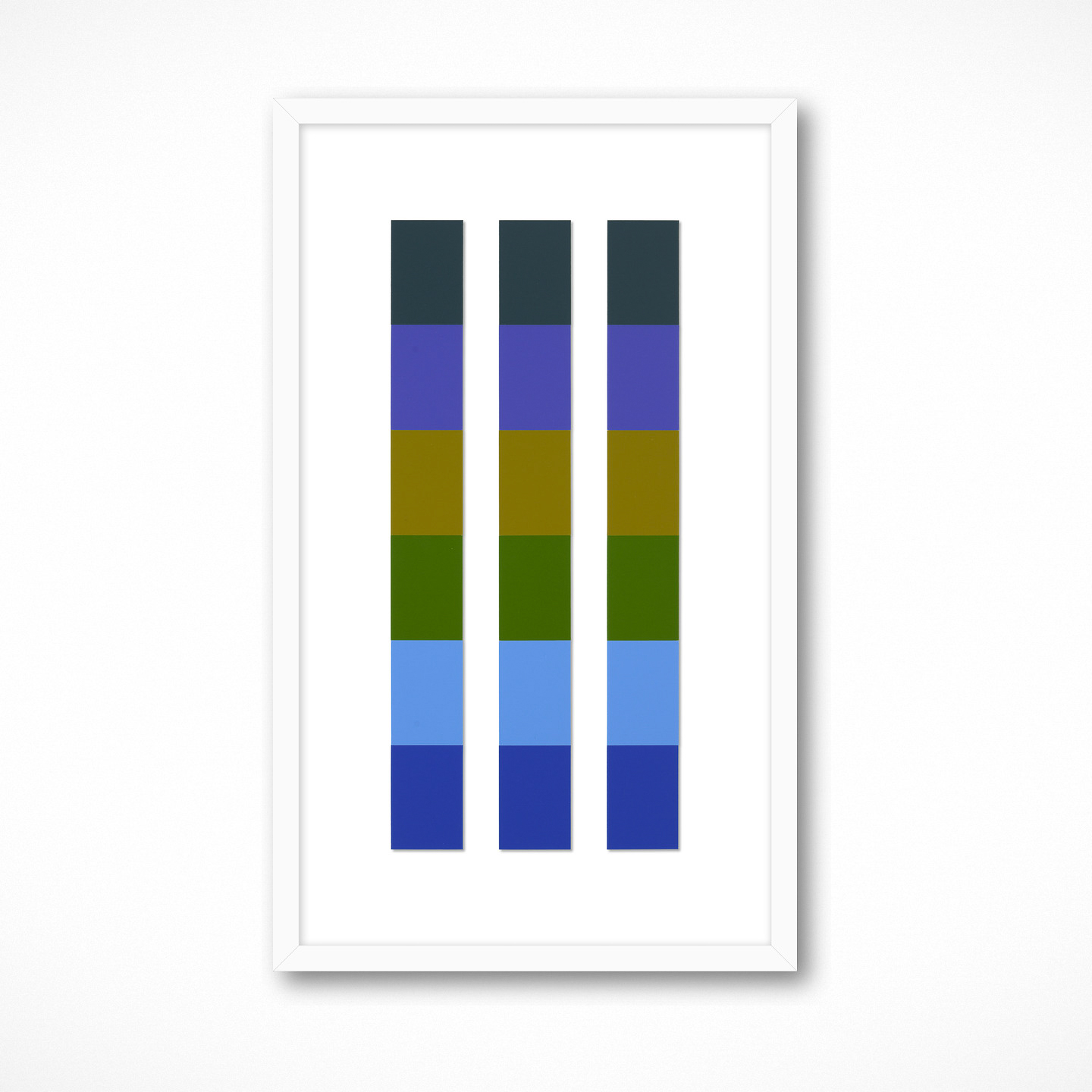 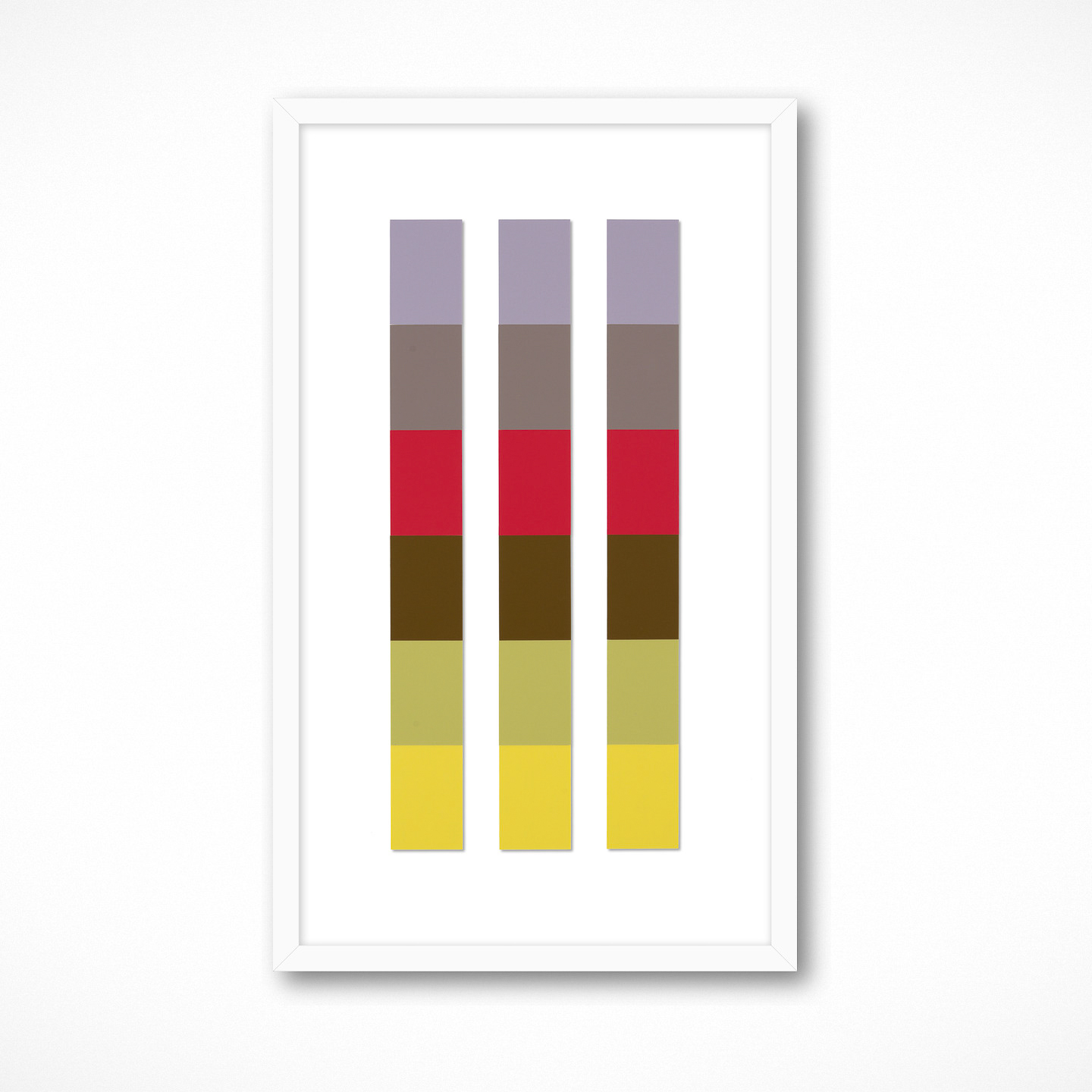 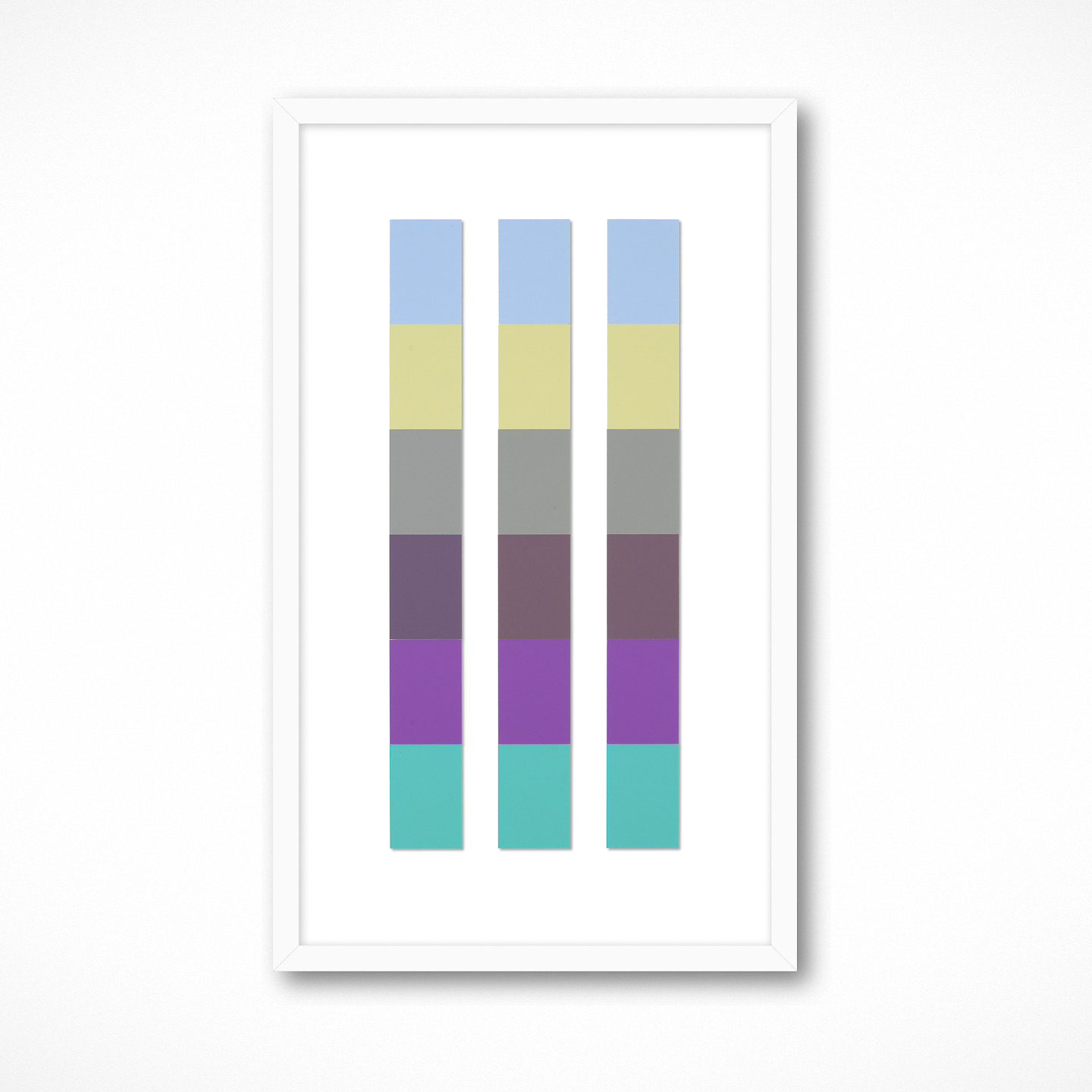 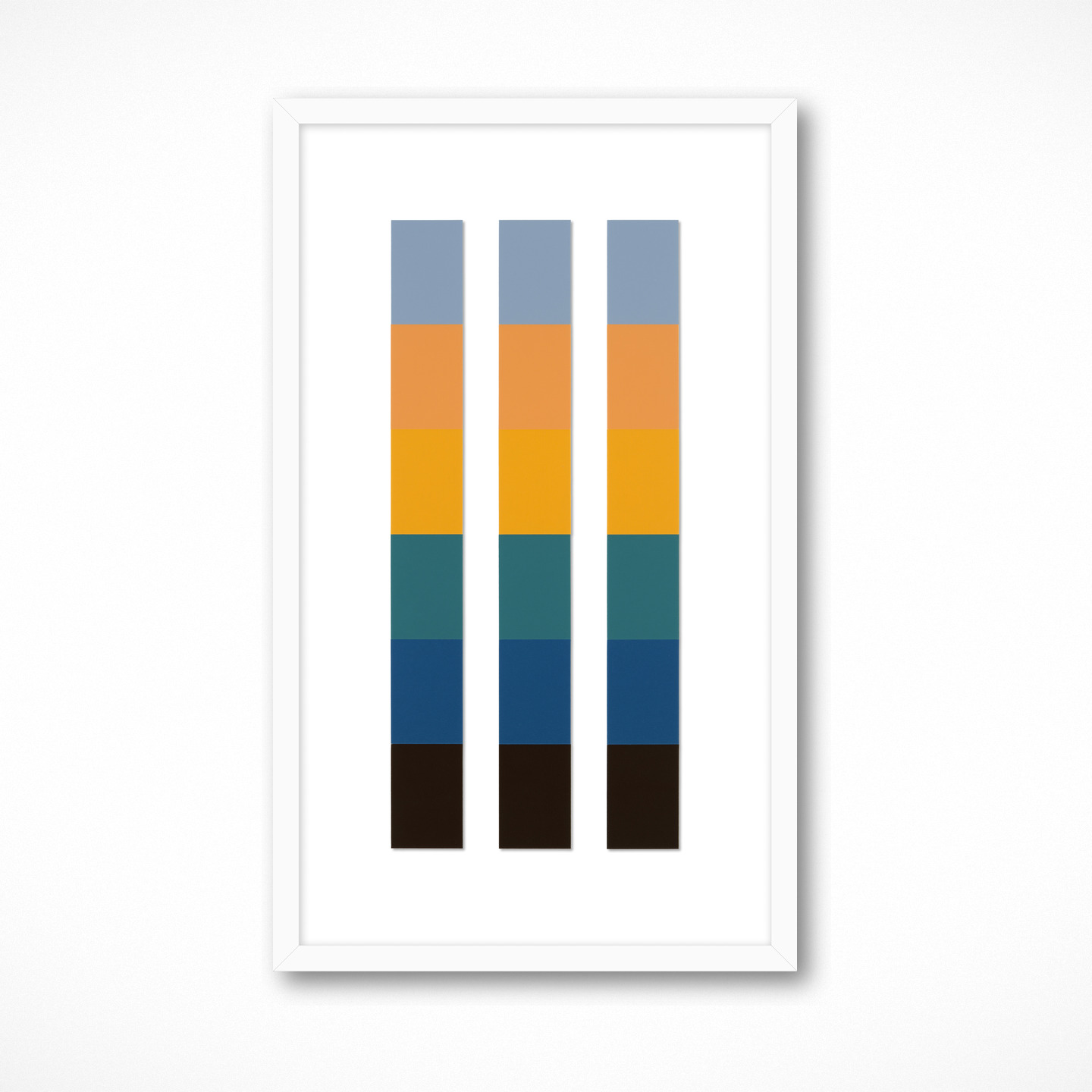 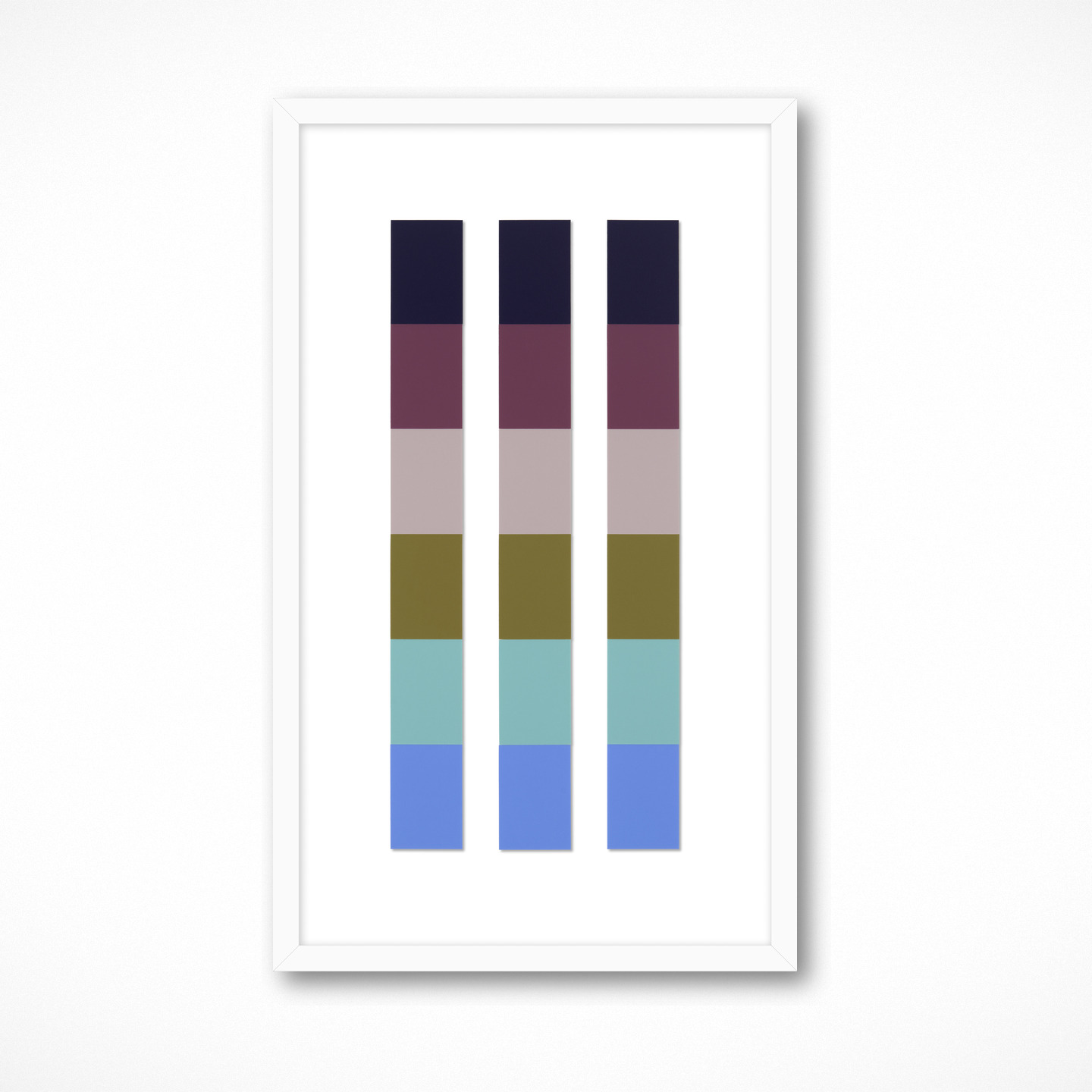 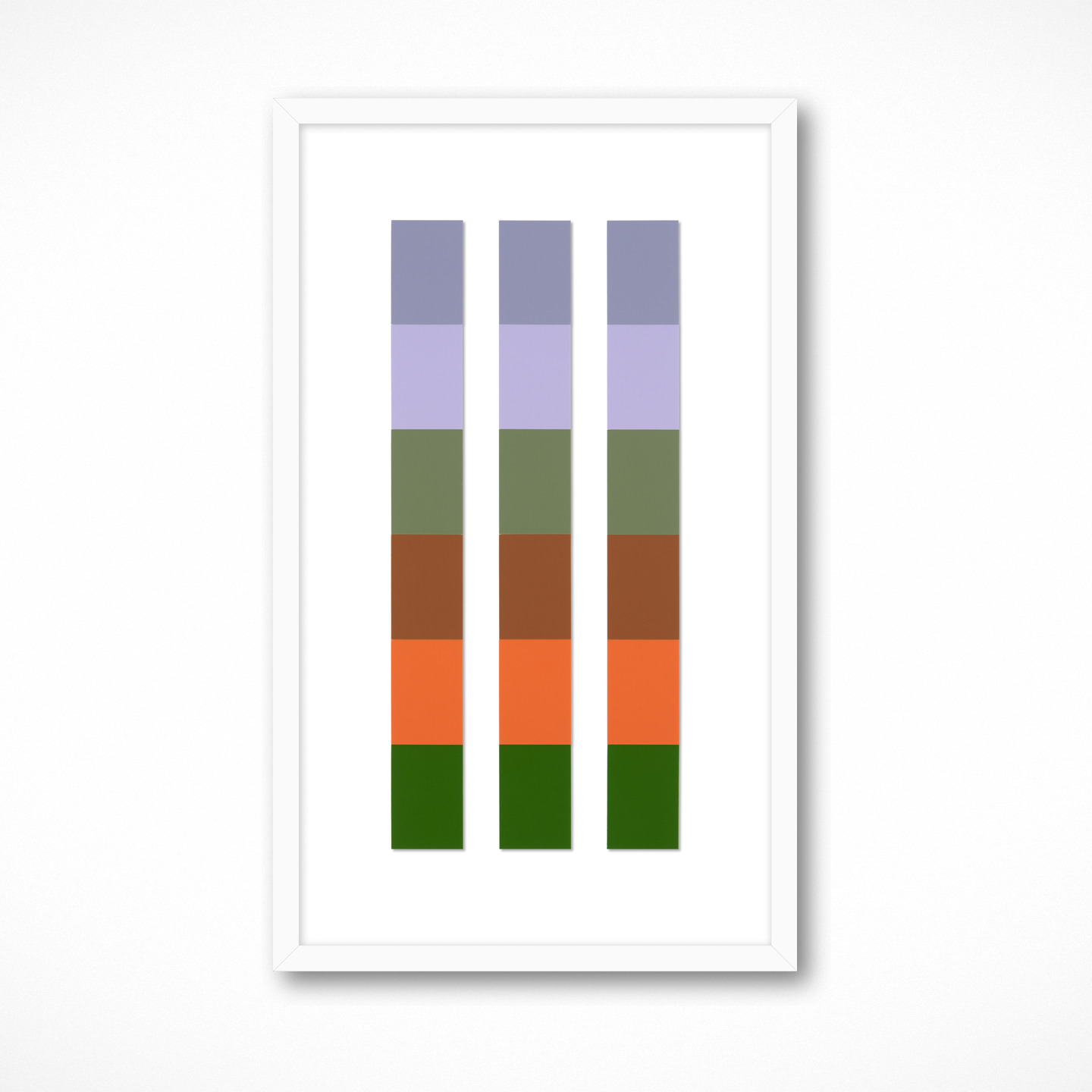 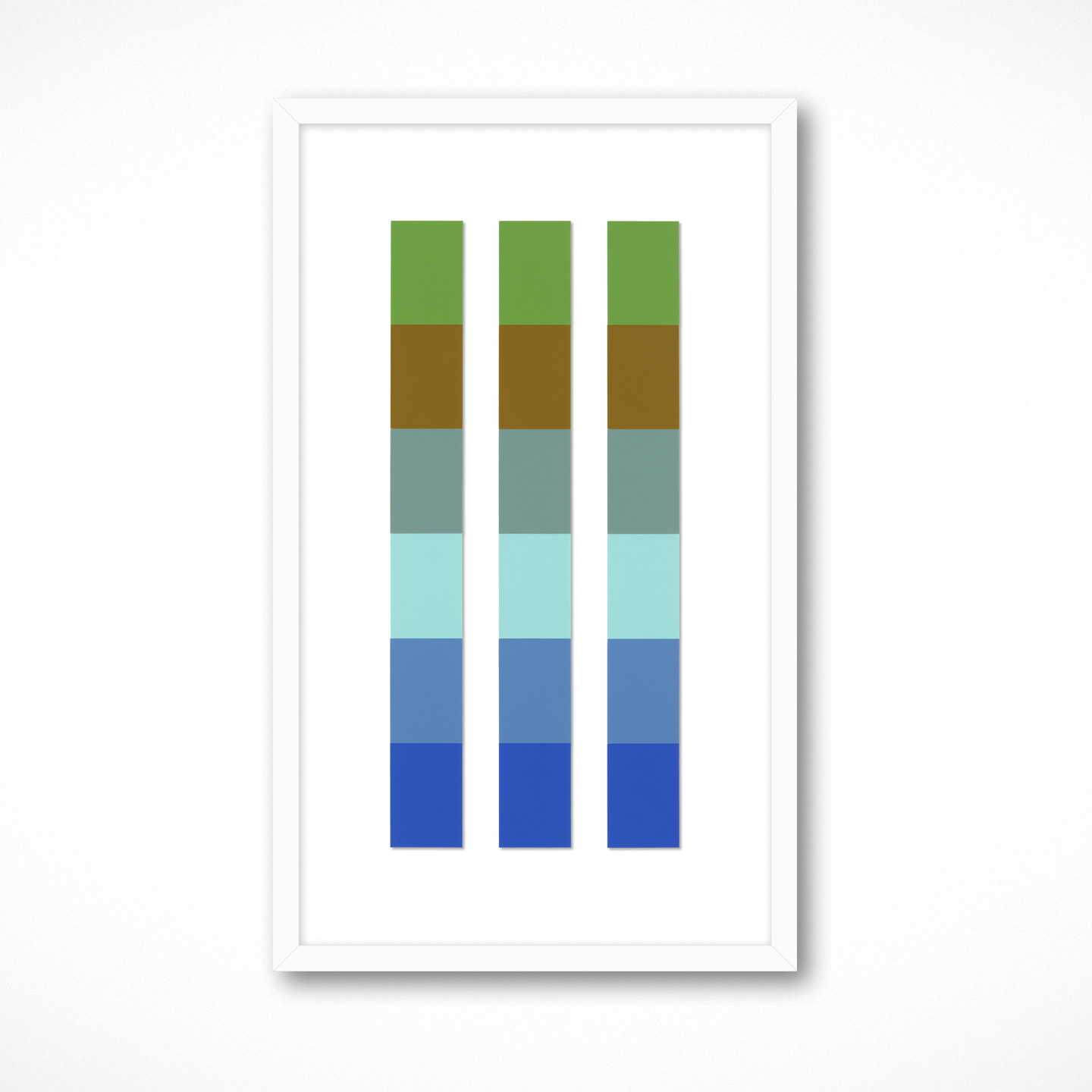 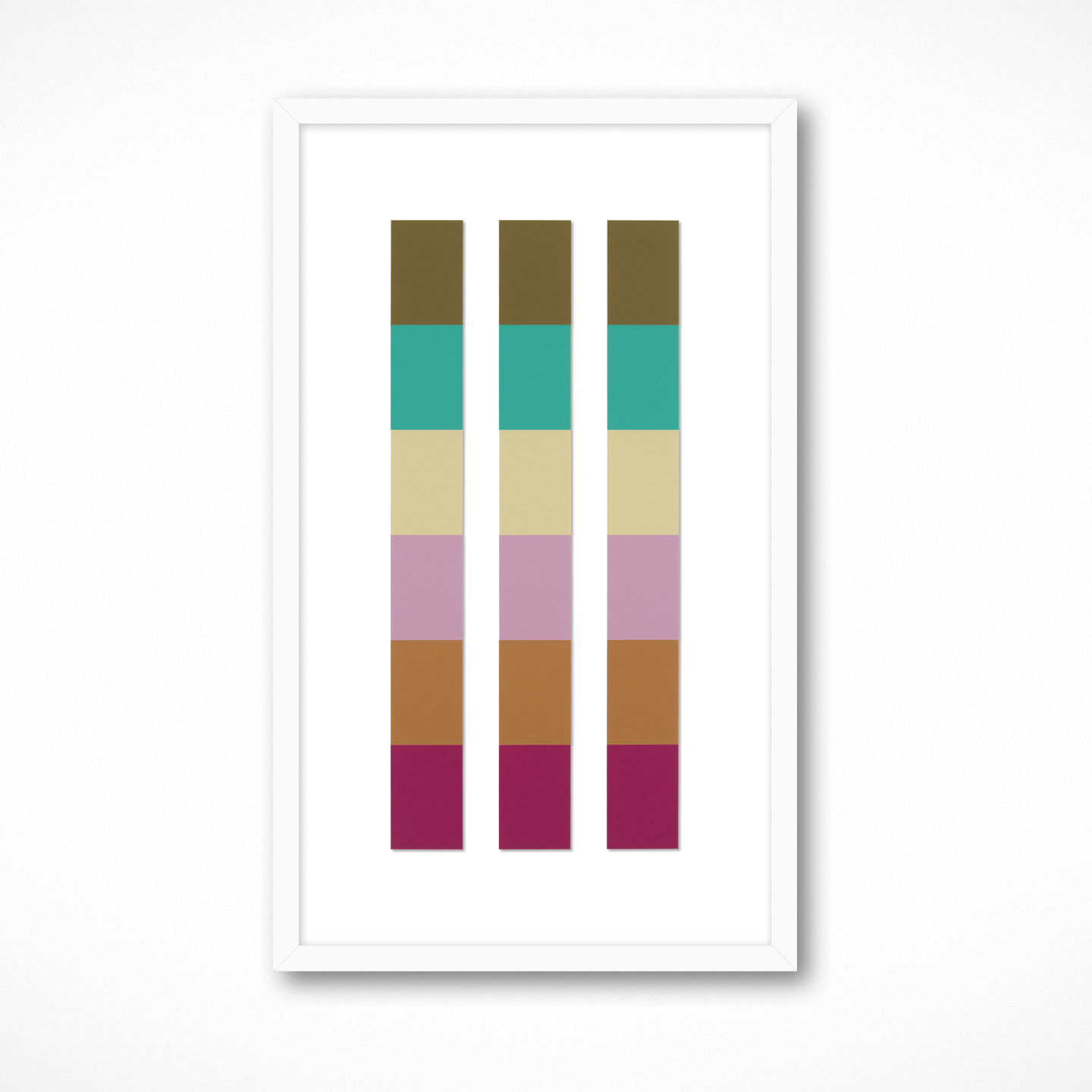 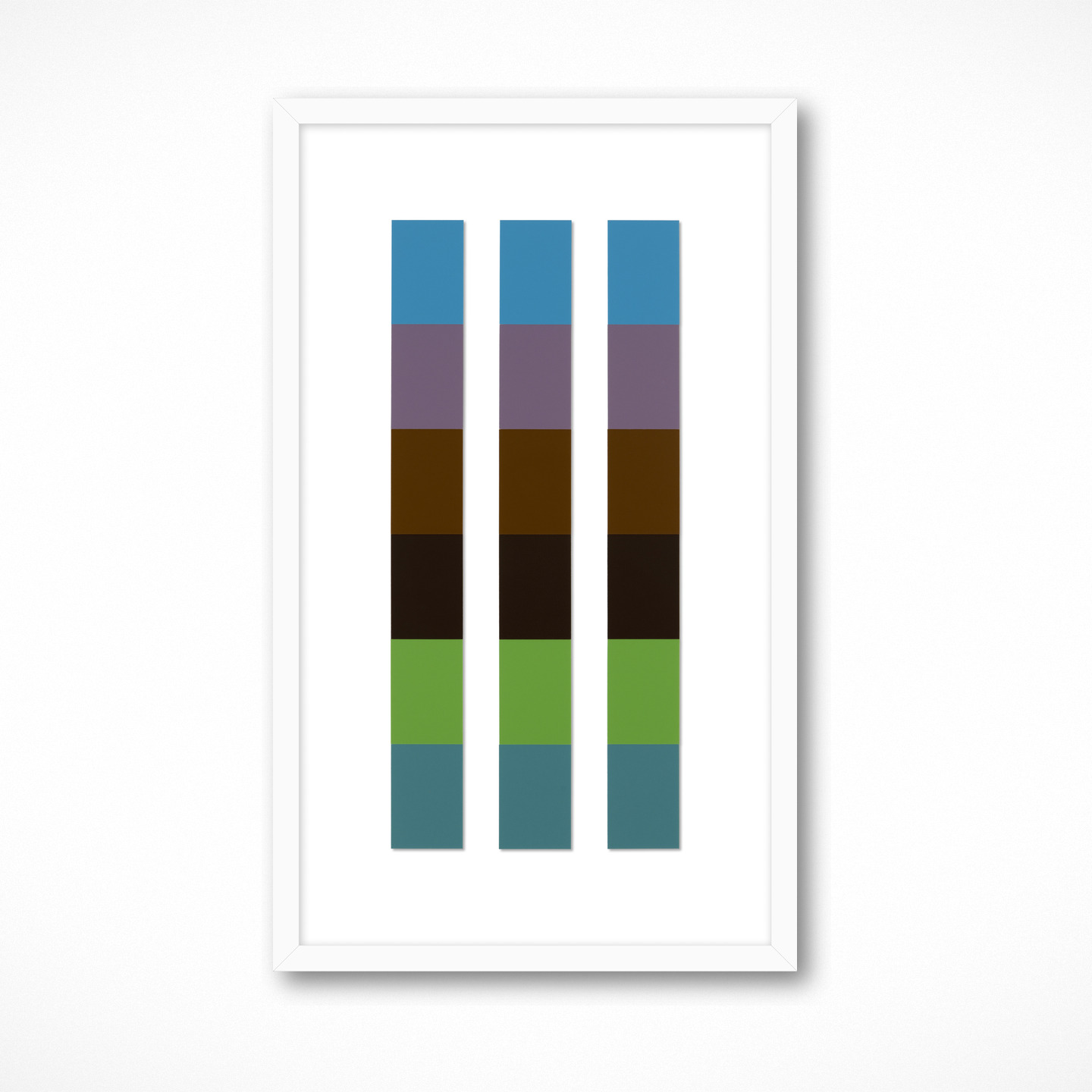 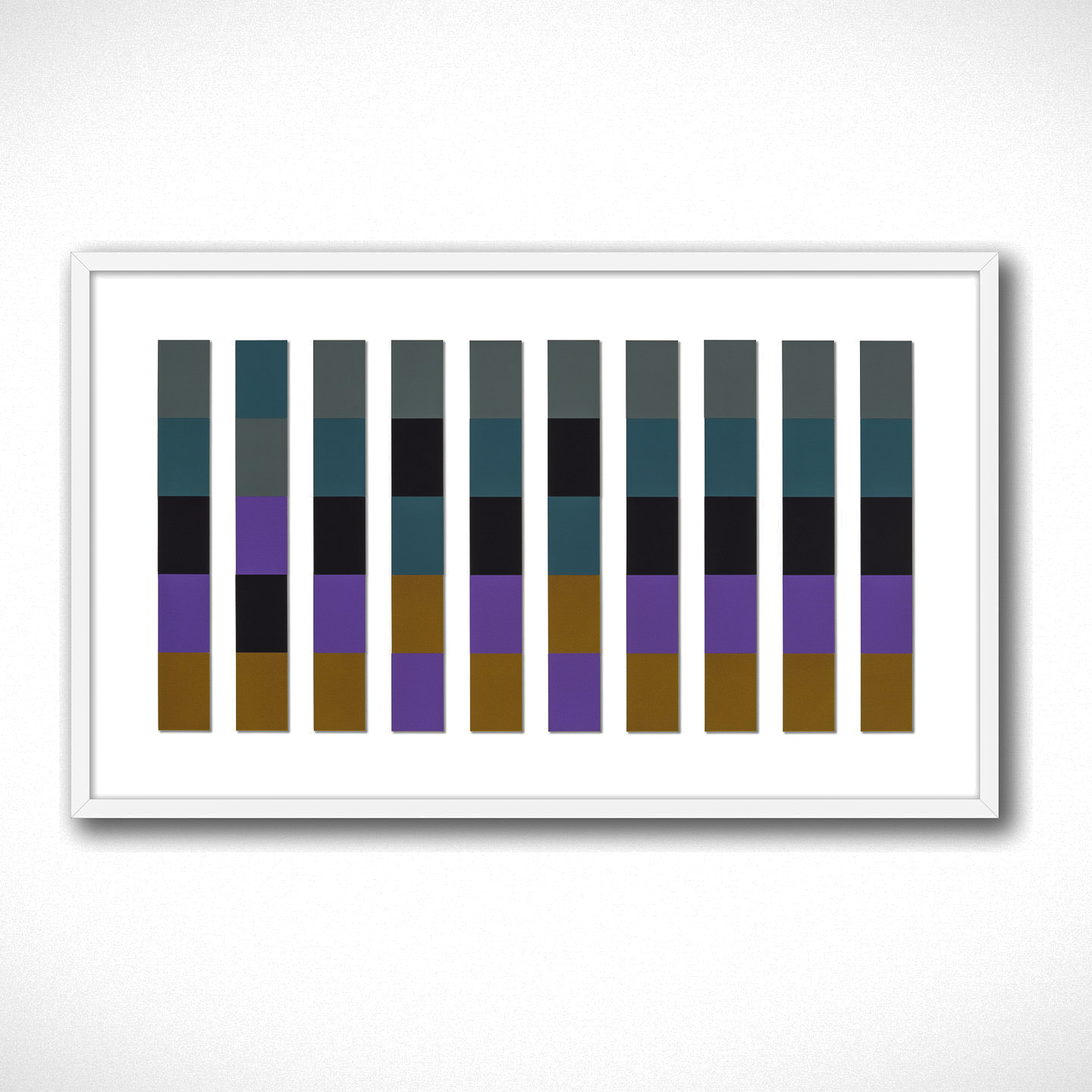 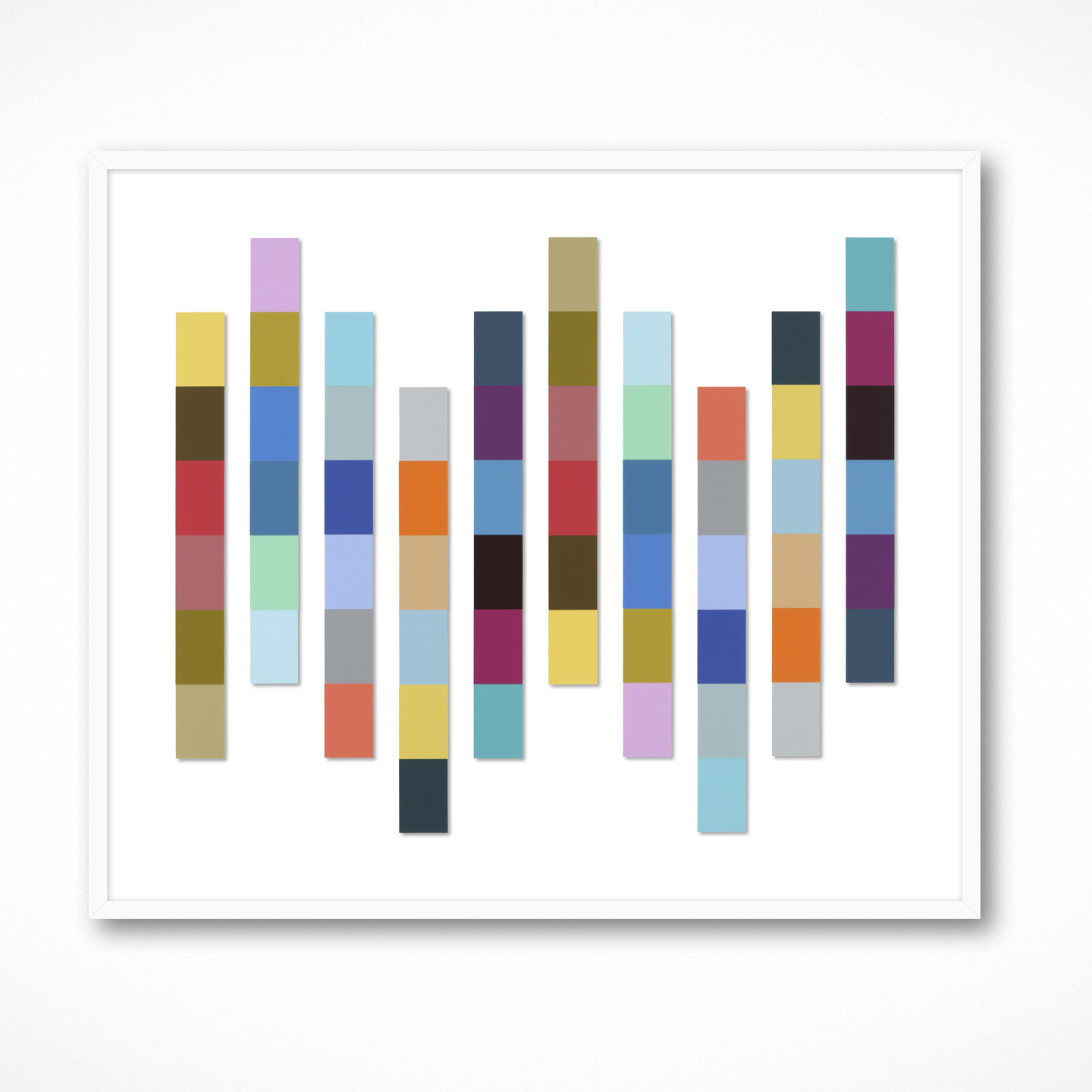 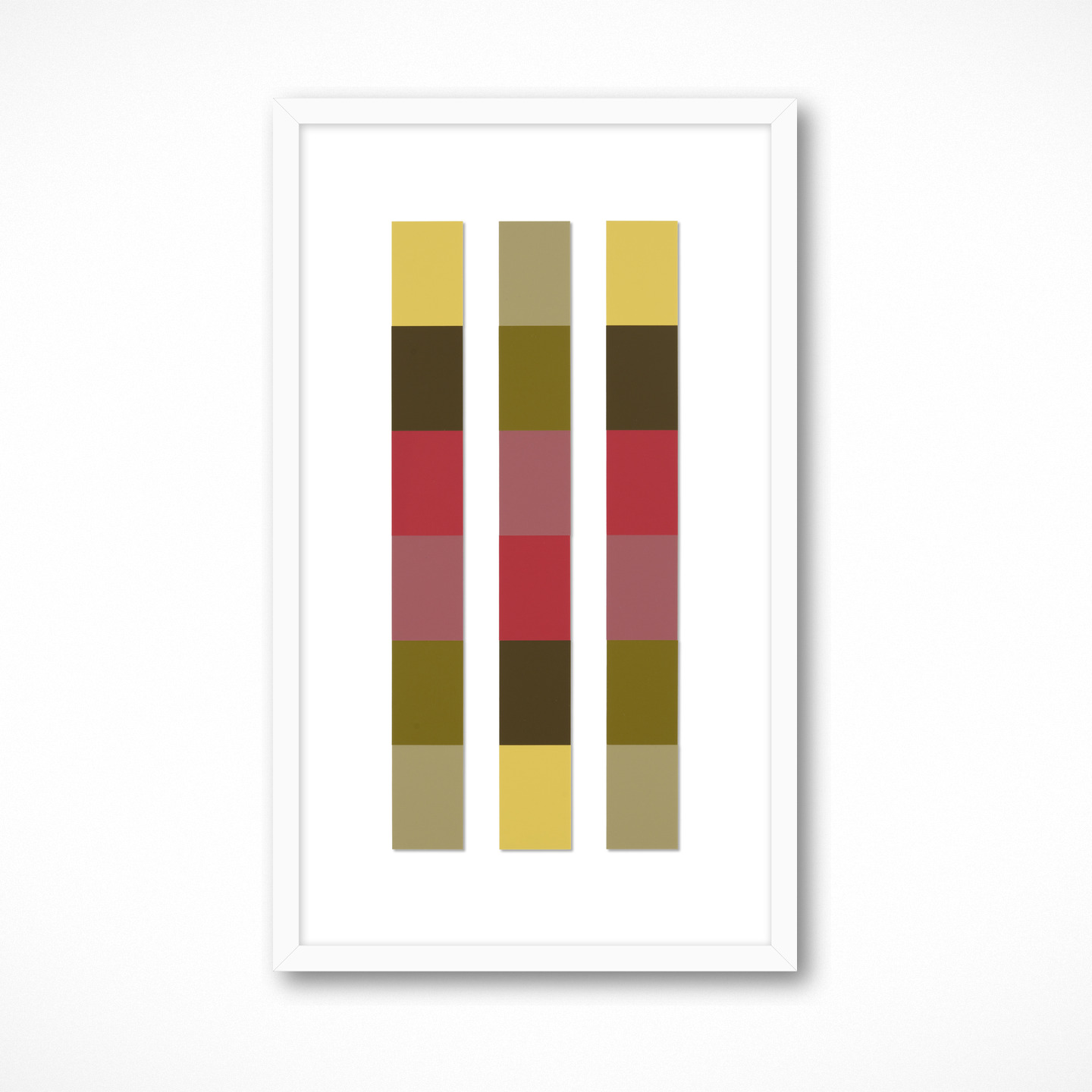 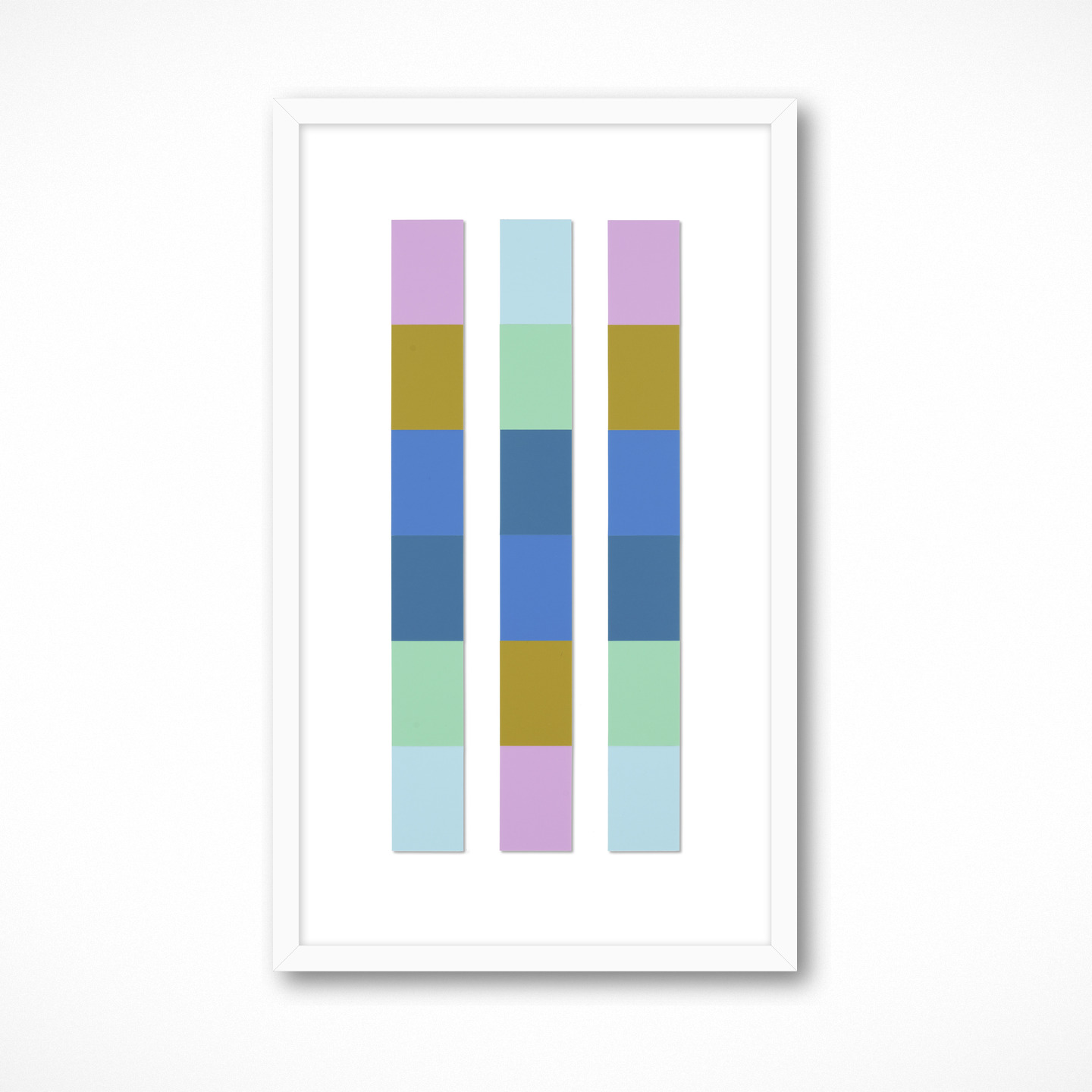 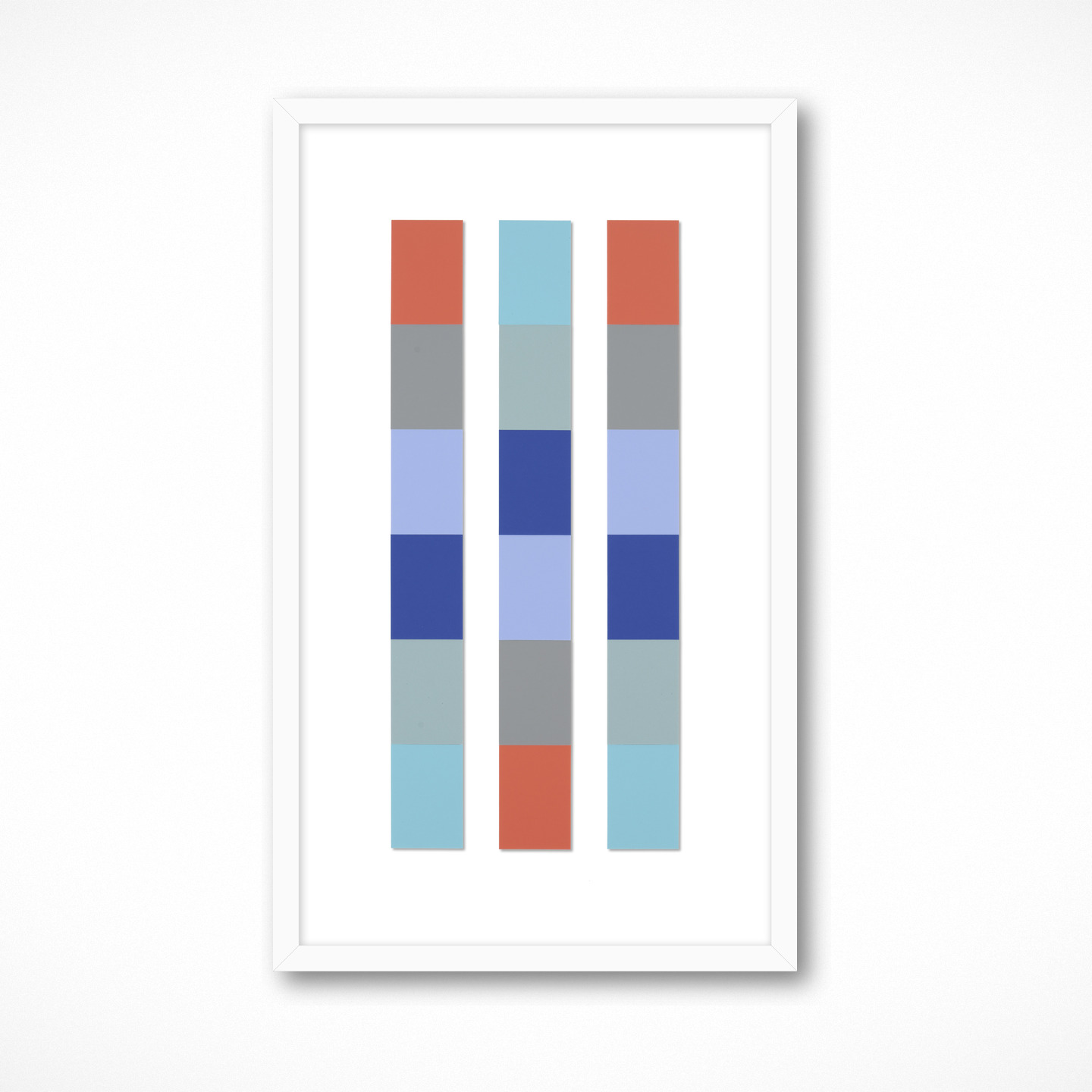 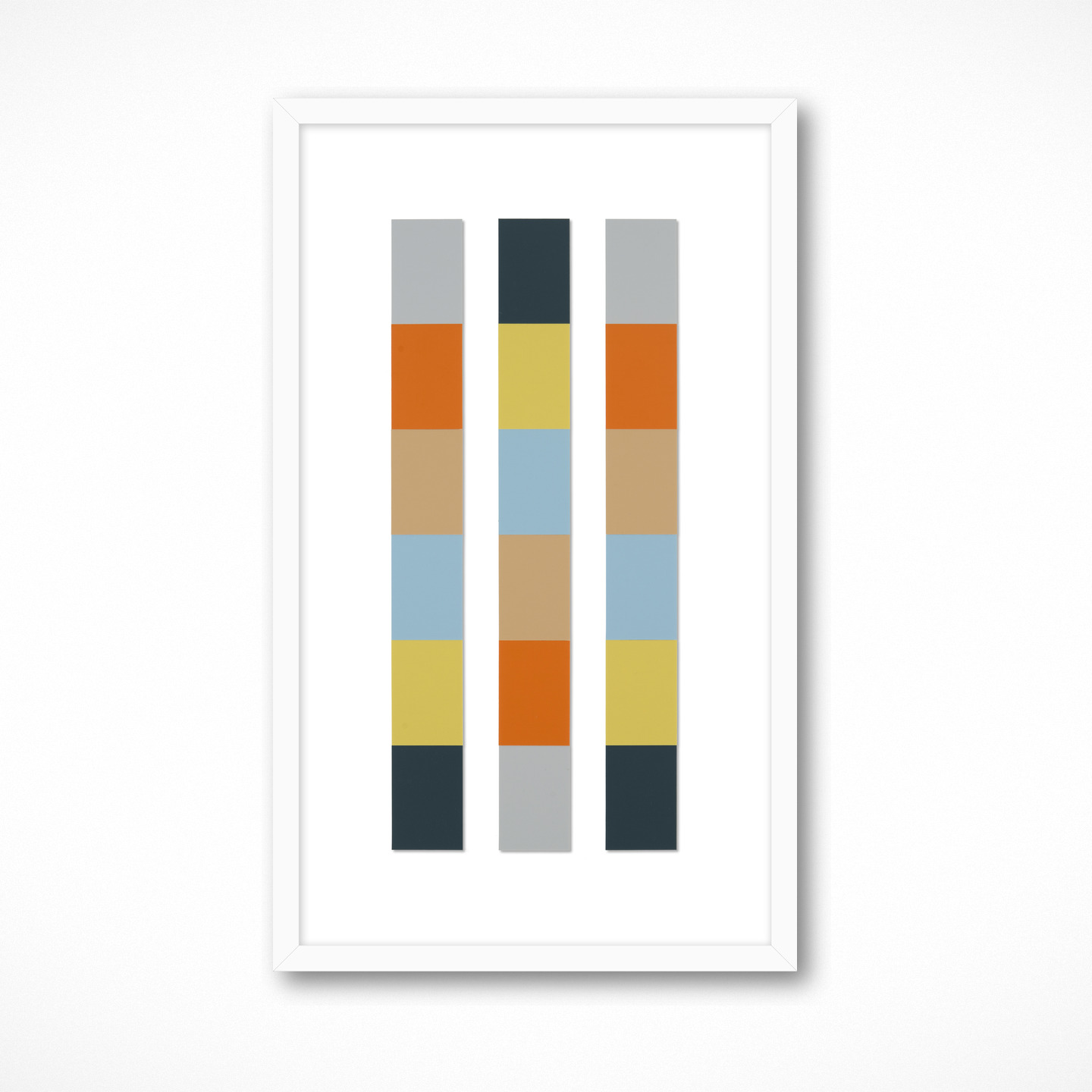 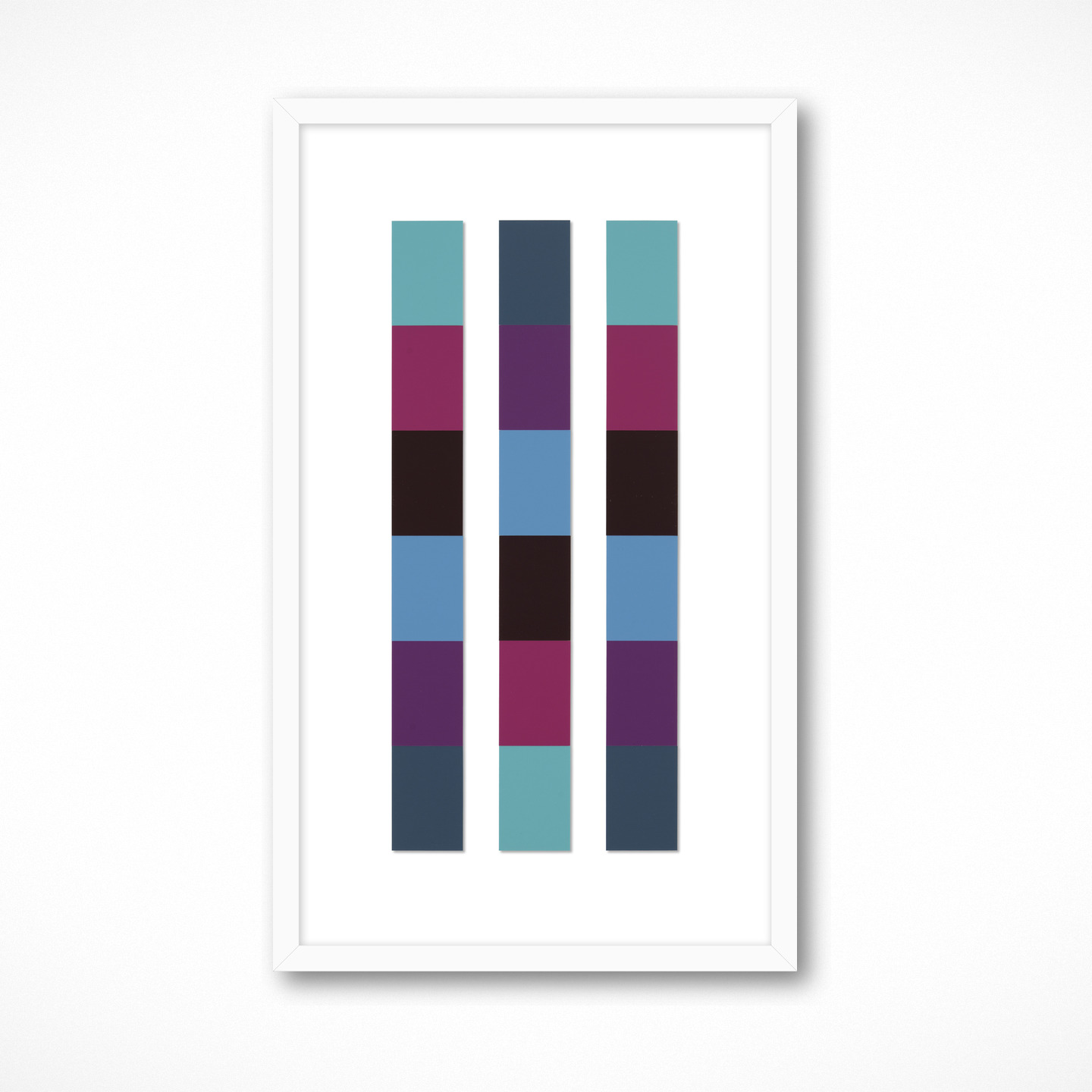 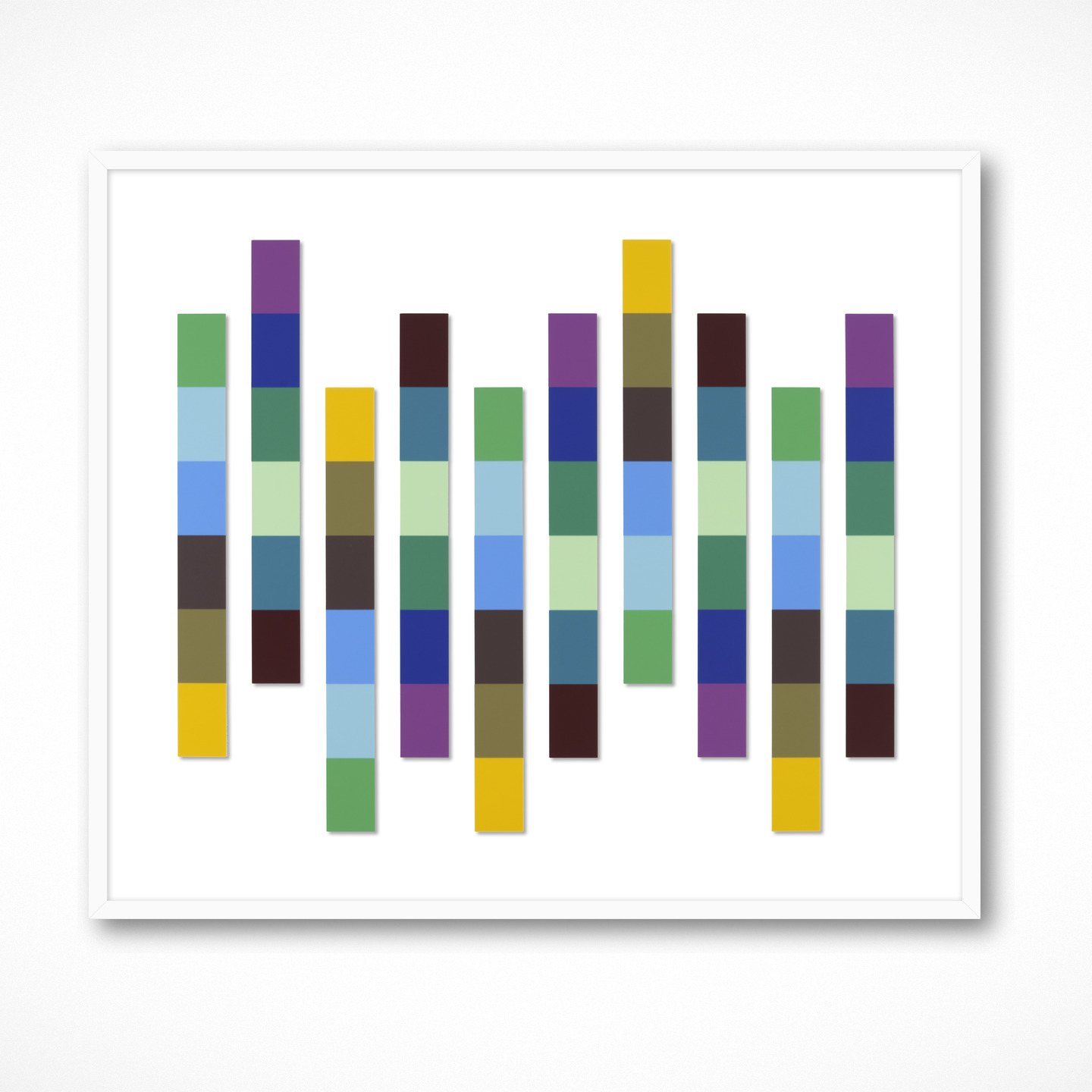